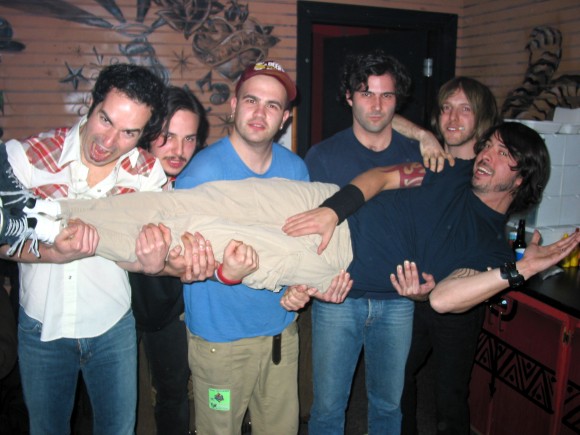 In 2003 Rye Coalition had just signed to a major label. They had been touring with Queens of the Stone Age, and a friend of a friend passed their music on to Foo Fighters/rock maven Dave Grohl who wanted to produce their first album on Dreamworks. The band flew out to L.A to record “Curses“ at the legendary Sound City Studios. Hilarity, beer bongs, slow jams, and hard luck antics ensued… and we got most of it on tape.

Midway through the recording, Dreamworks dissolved their music label. Eventually, the album found a home at Charles Maggio’s Gern Blandsten label. Included on the album was a dvd of the “making of” Curses and concert footage from the Rye Coalition/ Foo Fighters European tour. The director’s cut of this video is available only through kickstarter for a $100 pledge, which also gets you the Rye Coalition live DVD at Maxwells this year and other good stuffs. Check it out.